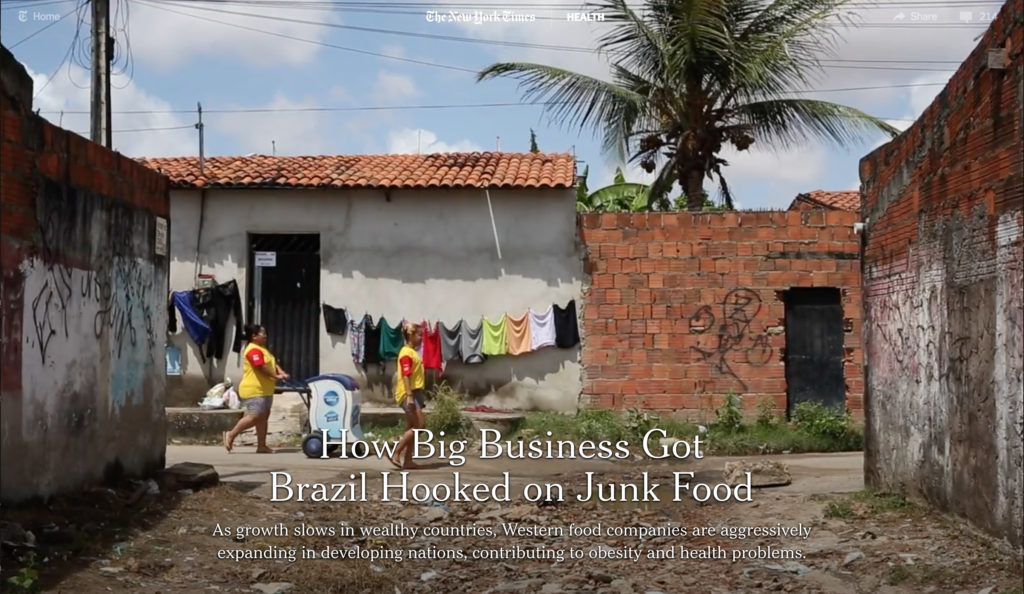 When we started talking to the New York Times enterprise video team about editing a project they were producing, we knew the footage we were going to be handed would be a) beautiful and b) thoughtfully captured.

Catherine here, I want to spend a second digging into what I mean about footage that is beautiful and thoughtfully captured.

There are the technical aspects of what makes for beautiful footage – the right light, shooting at the right time of day, looking for strong compositions that draw the viewers eye to certain parts of the frame, creating an intimate immersive experience through tight details, point of view angles, and so on. AND there are the elements that make footage thoughtfully captured.

What I mean by this is the person behind the camera is not just thinking about how best to capture what they are seeing in front of them. They are thinking about that, but more importantly they are thinking about the story and how the footage is going to be used to illustrate and elevate the story. For instance, from the Times reporting, Ora and Neil knew they wanted to draw a visual and ethereal contrast between the isolated, serene lifestyle of the rural Amazon and the frenetic, chaotic pace of ultra-processed food distribution and consumption in Brazil. You can see this contrast very clearly in the piece.

They also had the concept of setting up direct comparisons of traditional versus ultra-processed foods, so while they were in the field they looked for mirroring images – A man pealing a banana | a girl pealing back a pudding cup, a man crunching on a bag of potato chips | a man crunching on a piece of watermelon. They did not know for sure that these would be useful in the piece, but they had a vision for how they might be used, so they shot them with that in mind.

Is it possible to edit a piece with footage that was captured independent of the storytelling? Yes. But given the option a project is always served by the reporting and research process that informs not only what/who you capture, but how you do it. And the final step, the editing, takes the story concept and translates it into a visual and narrative experience.

We hope you enjoy the piece. Maybe eat a carrot stick and lay off the Oreos while you watch it.